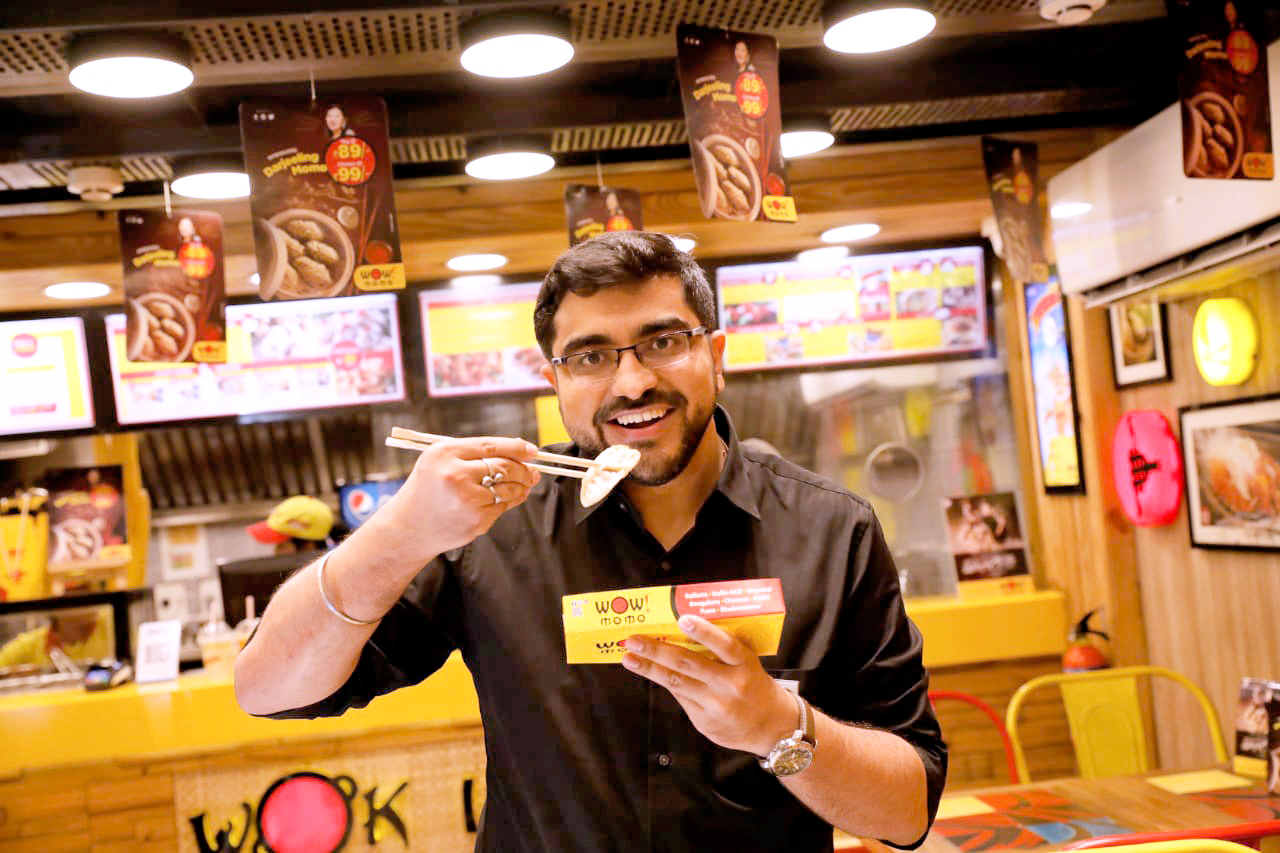 Having done his schooling from St. James's School, Kolkata & Graduation from St. Xaviers Kolkata, Sagar Daryani & his college friend, Binod Homagai started Wow! Momo immediately after completion of 3rd Year Final Exams (Even before the results were Out) at the age of 21 in 2008 with an initial Investment of only Rs. 30,000. Headquartered in Kolkata, today WOW! Momo is a chain of fast food restaurants specializing in different varieties of momos. The initial stores were kiosks inside hypermarkets of Big Bazaar and Spencer’s in Kolkata, which paved a way of opening food outlets in malls, tech parks and other commercial locations. WOW! Momo has expanded from Kolkata to Mumbai, Delhi, Noida, Gurgaon, Bengaluru, Chennai, Lucknow, Kochi, Bhubaneswar, Cuttack, Puri and Kanpur. With a recent Company valuation of over INR 450 crores, and the journey from small kiosks in Kolkata to India’s largest home grown Quick Service Restaurant Chain, today Wow! Momo is India’s largest chain of Momos both in terms of Volumes & Turnovers with over 200 Outlets across 13 cities.